I’m going out with one my dog’s today. Ahab. He’s the big one. A mixture of this and that: Lab and Pit and perhaps something else. He came from the homeless shelter for dogs. That’s what I call it. The homeless shelter. The official name to the place that cared for Ahab for so long is Tift County Animal Shelter.

Ahab is big and sly. My husband, son, and I saw him in the kennel at the shelter, crouched in the corner, looking to be about fifty pounds, a medium-sized dog. He licked our hands, still slouched, crouched, crunched up, and we decided he was the perfect dog, the perfect weight, the perfect everything for us. That scoundrel. Attached to a leash, he hunched low to ground, minimizing his size, and came toward us pulling the homeless attendant down the hall, to the office where we had just paid our fees and signed the papers. We didn’t realize that Chance, the dog that we would rename and call Ahab, was a big beast until we got him home. None of us would say anything at first.  We stared at him. We looked at each other. We commented on his huge paws and his amazing strength.

Let me say it again: we have a big dog. Instead of fifty pounds, our beloved Ahab weighs seventy-three pounds. He licks. I suspect his tongue weighs at least ten pounds. He slobbers like a leaking faucet. He sits and waits for his treats; his favorite treat is a hot dog. If he’s outside in the backyard, and the sliding glass door isn’t locked, he opens it and lets himself in, leaving the door wide open, the outside air rushing in. I need to teach him to shut the door.

Brody, a fifty-pound pit bull mix, was my gallivanting partner for years. After he died, I didn’t have a dog to tag along with me. We’ve had Ahab about nine months now, and I’m breaking him into the world of dirt roads and abandoned houses. We ramble the countryside looking for interesting things. That’s what we plan to do today after my daughter whacks my hair off. I want it shorter for the summer. Ahab and I will load up and head wherever the road takes us. I’ll have one of the CDs that my children made for me turned up loud, burned with my favorite songs. 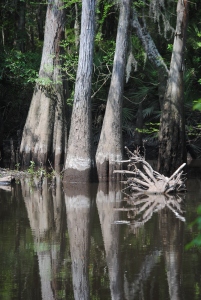 I hope to find an interesting place to explore and get some good pictures.